Best Whale Watching is in Iceland

Iceland is one of the best destinations in the world for whale watching. Period. I am lucky enough to have observed them many times from here in Iceland, and it never gets boring. It’s a reminder of just how awesome nature is. Here are five reasons why Iceland is such an impressive whale-watching destination.

Iceland’s waters are very rich, and the whales love it.

The cold waters off Iceland are a very rich feeding ground for large marine mammals. They thrive on the food that’s here along with the mixture of cold sea and warm currents, shallow fjords and lots of daylight hours in summer. As a result, Iceland is the whale watching capital of Europe. Based on recent figures, there’s a 90% success rate of spotting a whale on a summer whale-watching trip in Iceland. 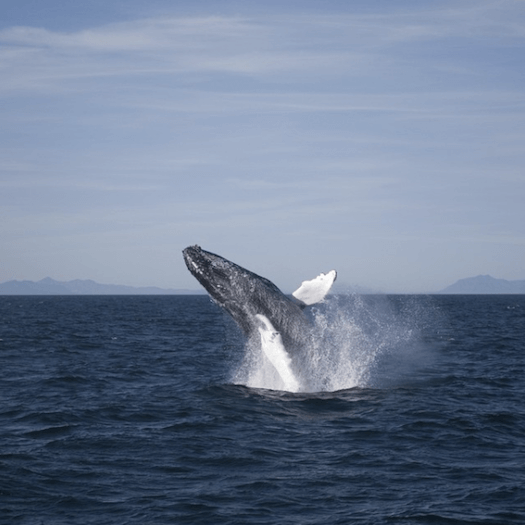 Iceland is the whale-watching capital of Europe. There’s nothing quite like seeing these breath-taking creatures in their own environment.

Over 20 species of whale and dolphins frequenting in Icelandic waters.

It is possible to see Humpback Whale, Minke Whale, Blue Whale, Fin Whale, Orca, Sperm Whale, Sei Whale, Pilot Whale, Harbour Porpoise, Basking Sharks, various types of dolphin, seals and of course sea birds like Puffins and Gannets – depending on the season. That’s an amazing list of possibilities, and we offer a whale watching trip from Reykjavik where you'll have the chance to see many of these! Also, when you see whales in Iceland, you’ll see them in their own natural environment. There’s nothing quite like being a bystander to their world and habitat.

“We did the Whale-Watching trip from Reykjavik tour and had a fantastic time. The tour itself was very fun! During our trip, we saw two whales (multiple times – they were very close to our boat), dolphins, and porpoises.  Despite the cold it was a wonderful time and amazing views!”  Jess R, via TripAdvisor 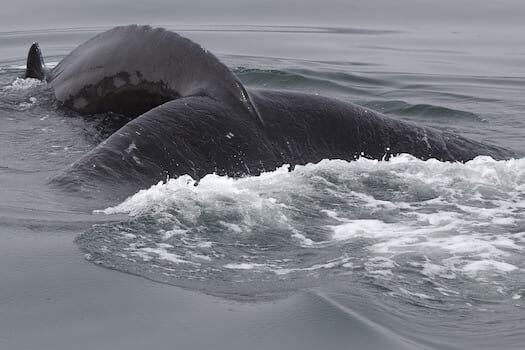 Although whales have always been part of our culture, we didn’t start whale-watching officially until 1991.

Whale Watching All Over Year

The best time for whale watching in Iceland is June, July, and August. However, fear not, if you are traveling at another time, then it’s still possible to see them, particularly via the regular whale-watching trips that sail from Reykjavik. Summer whale-watching trips here have a 90% success rate! Winter whale watching trips are a bit chillier and less predictable. If you do go in summer, then you’ll also have a chance to see the fabulous puffins that will be in residence along our shores and cliffs. They are truly beautiful and comical birds. 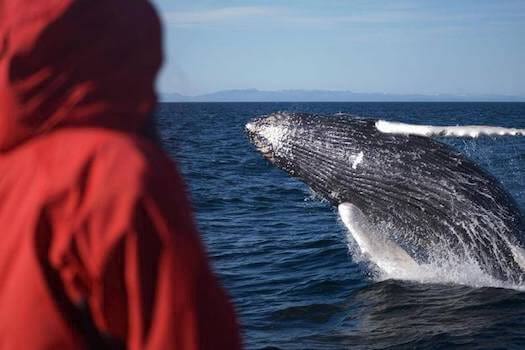 Summer is the best time of year to go whale-watching in Iceland, although to be honest, there are some here all year round.

You don’t have to sail that far out, and there are many options, with tour operators sailing every day.

Whale watching tours happen on a daily basis from Reykjavik, and there are also some, which will sail out from a few small towns in the north of Iceland, too. The tours usually last for around two hours – so you don’t have to travel that far, which means you have more time to watch the whales. 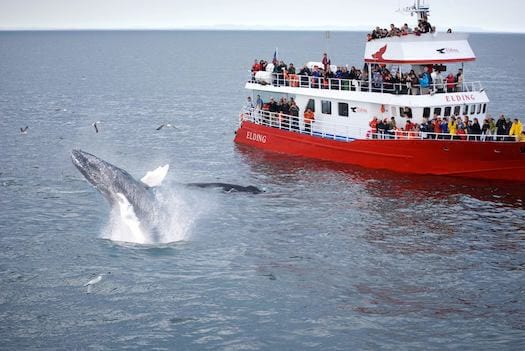 This is how close you can get to these beautiful creatures in their own habitat.

There’s a code of conduct for whale watching tours in Iceland.

Whales have played a hugely important role in Icelandic culture and economy since ancient times. They’re mentioned in our oldest documented sources. They’ve been hunted, and then protected again. Most Icelanders understand the importance of responsible whale-watching and the need to live in harmony with them. So, that’s why there’s a whale-watching code of conduct. It works to promote good practice for whale watching and good encounters for passengers and the whales themselves.

Come with us on a whale watching trip of a lifetime:

Gray Line Iceland is the sightseeing expert here in Iceland. That means we run all sorts of tours of Iceland – right across the country. As you’d expect, we also offer whale watching expeditions from Reykjavik – you can find out all about that on our website: www.grayline.is

You can also find out more about Gray Line Iceland on our Facebook and TripAdvisor pages. Or why not also soak up some Icelandic travel inspiration on our Instagram page too?!

The Gray Line Iceland team looks forward to welcoming you.