Christmas and New Year’s seemed like they were just a few days ago, so who would believe that January passed so fast? Yes, it is February already, and while people go to work and kids to school, there are days when nobody has to go anywhere. Sweet public holidays. Every country has them, and most of them are about the same, like Christmas or Easter. What are the days of public holidays in Iceland then? 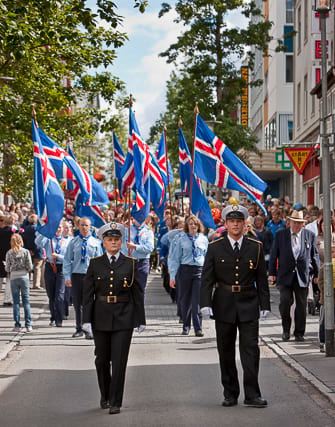 Summardagurinn Fyrsti has been a national holiday in Iceland since 1971. In some countries, this day is just a regular day. In Iceland, it is a day for big celebrations. The first day of summer is always the first Thursday after April 18th, and so there is never an exact date. Sumardagurinn fyrsti is an Icelandic flag day, which marks a day when summer arrives in Iceland. It might sound early for celebrating the first day of summer in April, but don't forget that Iceland only has two seasons, summer and winter. 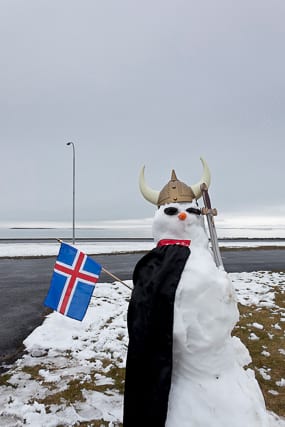 Welcoming the First Day of Summer with Snowman

April in Iceland usually doesn't feel like summer, but there are no worries. Tradition is that if the night before the First Day of Summer is under zero degrees, summer will be nice and warm (as much as it can be in Iceland).

Summardagurinn Fyrsti is also a day when kids get presents. In the past, the First Day of Summer was considered as the beginning of the new year in Iceland. Kids got mostly food, and bread was a yummy treat (ah, where are those times?!). The main reason being that winter was officially over, and there was no longer any stress thinking about every piece of food to eat the following weeks. Today, kids mostly get new clothes or something to play with outside, so they go out after a long winter spent inside of the house. 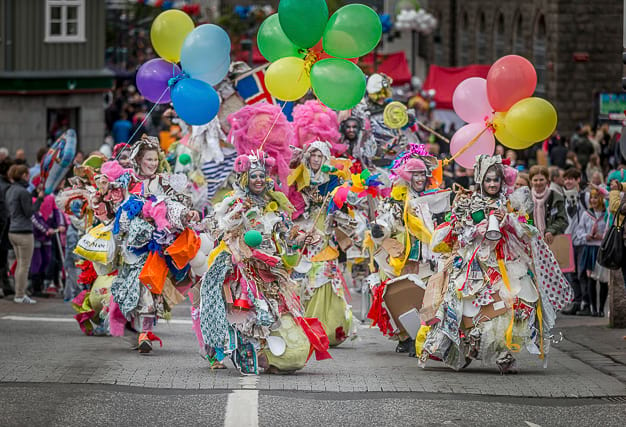 Icelanders celebrate Independence Day in Iceland, also called Icelandic National Day, every year on June 17th. Celebrations are all about going out to the streets and celebrating as much as possible. Everywhere you turn is colorful, and there are parades, street theatre performances, dancing during the midnight sun, and having fun. 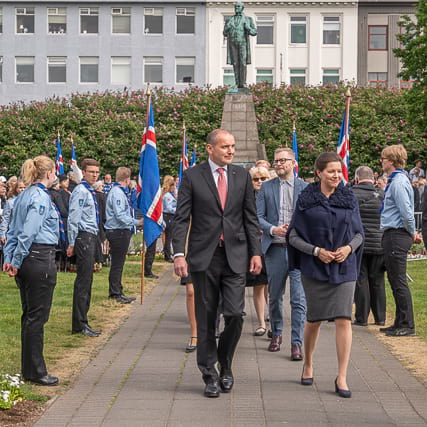 The main celebration is independence from Denmark, which happened on June 17th, 1944, after the referendum the previous May. On the other hand, Icelandic National Day is marked on June 17th because of the birthday day of Jón Sigurdsson, the leader of Icelandic independence in the 19th century. Thanks to him, the first Act of independence occurred in 1918, known as the Act of Union. Icelandic National Day has been an official public holiday since 1971, although many people received a vacation day from work since 1945.

If you are traveling to Iceland at the beginning of August, don't miss Commerce Day or Fridagur Verslunarmanna. Commerce Day is always the first Monday in August, and could also be called the Holiday of Merchants. On this day, Icelanders celebrate those who work hard all year, especially commercial workers, industrial workers, and manufacturers. 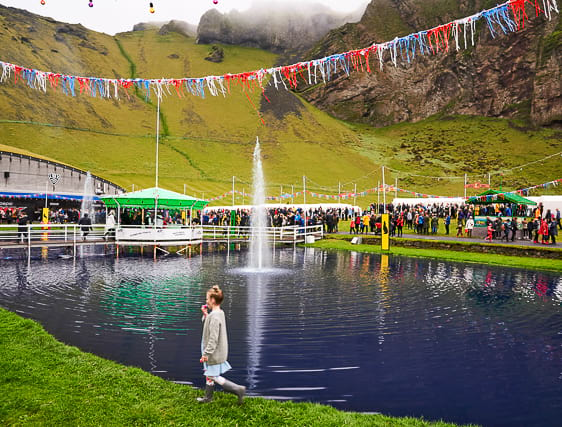 Because Commerce Day is always on Monday, it is a perfect time to spend the long summer weekend celebrating. Perhaps you've heard about this weekend in Iceland called Verslunarmannahelgi, which in translation means "merchants weekend." Every town celebrates. The most famous festival Þjóðhátið happens on the Westman Islands, where thousands of people meet, party and enjoy concerts all weekend long.

Although the following days are not days when people don't have to go to work and kids to school, Icelandic folks also celebrate them as well as many other countries in the world.

One of these days is Mother's Day. Mother's Day is always celebrated on the second Sunday in May, and this holiday came to Iceland, the same as to other 50 countries, from the United States. Of course, the best Mom in the world always gets something, because she is the best. Usually, it is flowers, yummy treats, drawings, breakfast, or whatever makes her happy. 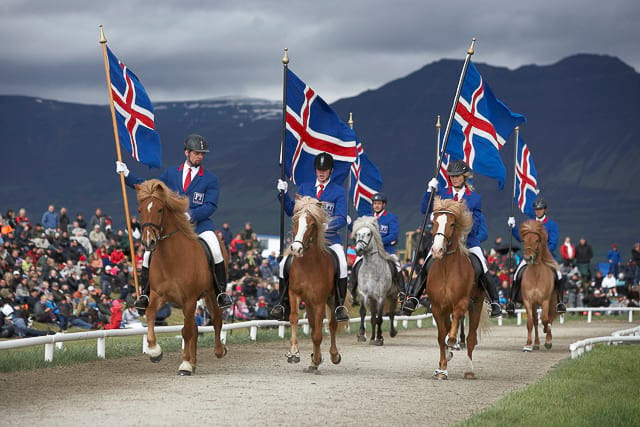 Father's Day celebrations take place in Iceland every second Sunday in November. Same as Mother's Day, it is a big day for all fathers in Iceland, where kids, together with their Mom, and give them their very best presents.

Another traditional holiday, which is not a public holiday but is celebrated only in Iceland, is Bóndadagur. Bóndadagur translated as "Men's Day," is the beginning of the ancient Norse month of Thorri. Bóndadagur is celebrated in the last days in January, where women give their husbands or significant men in their life good food-related to Thorri festivities, gifts such as flowers or limited edition Thorri beers.

Icelanders love to eat and be festive, and that's why it is essential to mention the day known as Bolludagur. Translated as bun-day, Bolludagur symbolizes a feast before the fast and always comes two days before Lent. Everywhere in Iceland, be it a workplace, a bakery, and other official places have buns for all to eat. Sweet buns are filled with cream, jam and can be drizzled with chocolate. So if you love sweets, don't miss this day during your stay in Iceland. 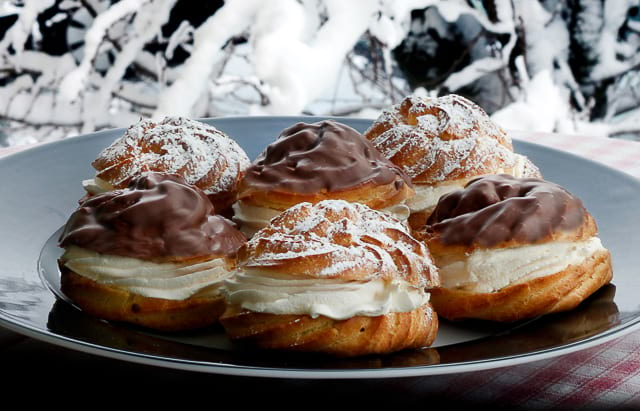 One thing about all public holidays in Iceland needs to be mentioned. During these days, most of the public places and stores are closed, if not all of them. It is always good to check these days ahead of your visit to Iceland so you won't be surprised if you are not able to buy any food or gifts.