Iceland is a product of a series of underwater volcanoes. 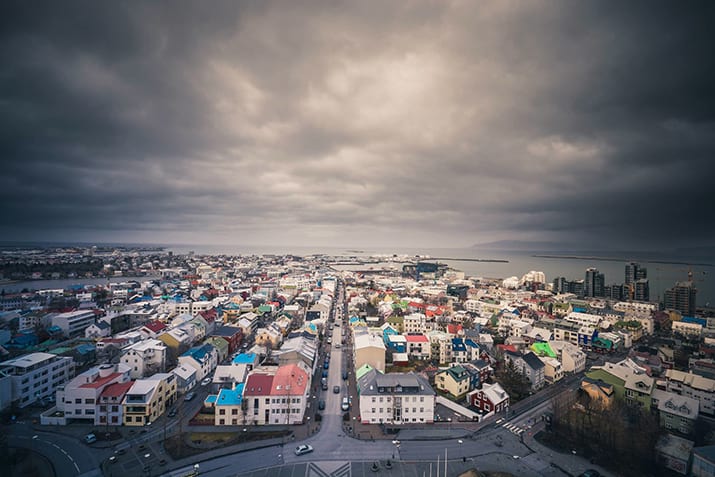 Iceland began forming about 24 million years ago from volcanic eruptions on the Mid-Atlantic Ridge. The timescales mean that Iceland is considered young compared to other islands and landmasses around the world.

The first people to inhabit Iceland were Irish hermits.

Iceland was one of the last islands in the world to become inhabited. The ‘Book of Settlements’, or ‘Landnámabók’ as it is known in Icelandic, tells us that the first recorded people to visit Iceland and inhabit our country were Irish hermits or monks. They arrived in the eighth century and are said to have lived in Iceland from February until August of ever year.  We think they left for good not long after the Vikings arrived.

Iceland got its name from a Scandinavian sailor

Hrafna-Flóki Vilgerðarson – a Scandinavian sailor was the first Norseman to deliberately sail to Iceland. He was born in the 9th century and his story is documented in the ‘Book of Settlements’, but we do not know exactly when he sailed to Iceland. However, we do know that he sailed with his family from western Norway to Scotland’s Shetland Islands, then on to the Faroe Islands. It was an eventful journey as one daughter sadly died and the other got married en route. When the party left the Faroe Islands, they traveled on to Iceland. Hrafna-Flóki Vilgerðarson named Iceland after seeing so much pack ice during the first and very fierce winter he experienced in the country. Later that year he returned home to Norway, but he did finally come back to Iceland to settle.

A Scandinavian called Ingólfur Arnarson is recognized as the first permanent Norse settler in Iceland.

According to folklore, Scandinavian Ingólfur Arnarson, along with his wife founded Reykjavik in 874.  Many followed him and settled in Iceland over the next 60 years – a period which is known as the age of settlement.

Vikings who arrived in Iceland were usually escaping Norwegian King Harald the Fairhaired.

King Harald the Fairhaired was ferocious. He was a barbarian and after prevailing over his rivals in Norway, they fled to Scotland. When he arrived in Scotland, they followed Ingólfur Arnarson and headed for Iceland. The Vikings who settled in Iceland were usually fleeing Harald – either directly from Norway or via Scotland. 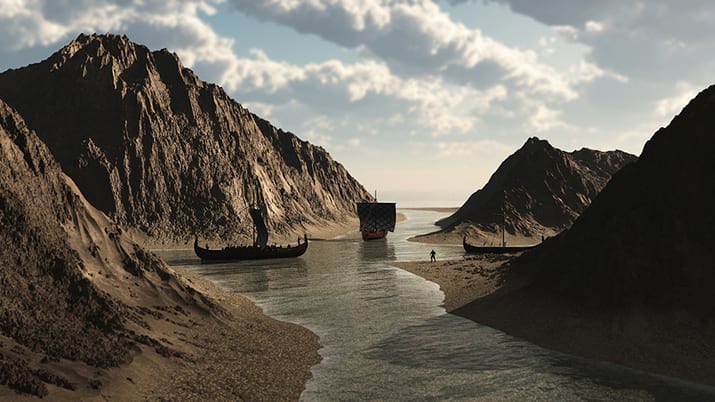 Iceland’s Parliament – the Althing – is one of the oldest national parliament in the world.

Our Althing, or Alþingi in Icelandic, was founded in 930AD at Thingvellir. It came together each summer where representatives appointed juries, made and amended laws, heard and settled disputes and arguments. You can still visit its original site if you visit Iceland today. It’s a popular stopping off point on many tours in Iceland because Thingvellir or Þingvellir as it is known here literally "Parliament Plains" and it epitomizes the history of Iceland. 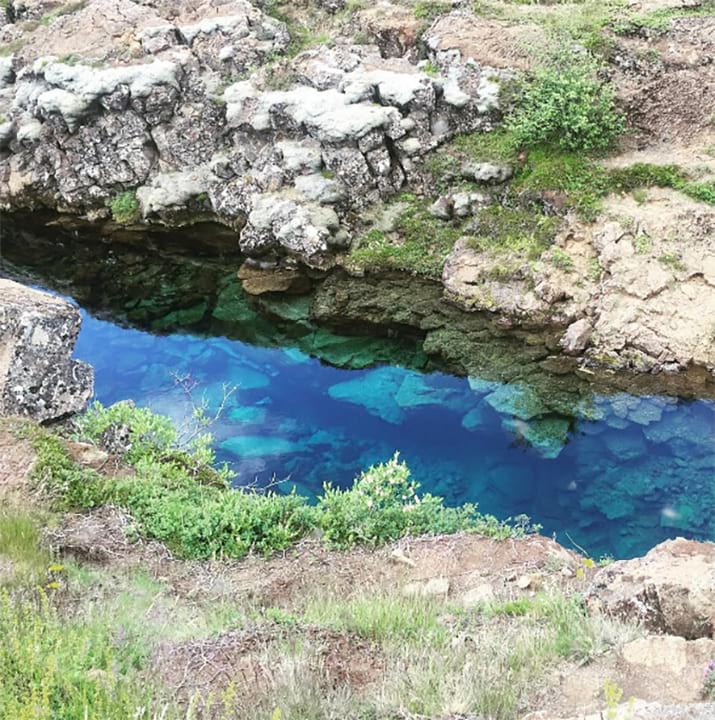 Iceland endured its own civil war in the 13th Century.

In the 13th Century, a period of civil war broke out, which was known as the ‘Age of the Sturlungs’. The name refers to one of the two main clans fighting for power in Iceland.

Iceland was once ruled by Norway and then by Denmark.

The Civil War ended when the Icelandic Chieftains agreed to accept the sovereignty of Norway and formalized a union with the Norwegian monarchy.

Then in 1380, Norway’s male royal line was extinguished. Norway and Iceland became part of the Kalmar Union with Sweden and Denmark – with Denmark being the dominant power. Denmark’s rule was a challenging period for Iceland.

In the 18th Century, climatic and natural challenges caused much hardship for the Icelandic population.

In 1783 the Laki volcano erupted killing 9,000 people and most of the population’s livestock. An awful period of starvation called the Mist Hardship followed. It wiped out a further quarter of the population. Conditions were so hard that many decided to leave home for Canada. 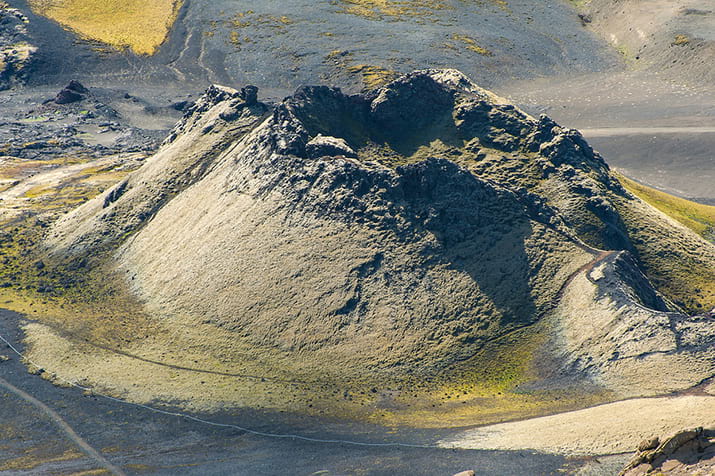 Almost 1,000 years after the first settlers arrived in Iceland, the country made moves to gain Home Rule and independence.

A movement for independence stirred amongst those who remained in Iceland. In 1843 a new Althing was founded. In 1874 Denmark granted Iceland its own constitution.  Then in 1904, Denmark recognized Iceland as a sovereign state. Iceland established its own flag in 1915 and asked Denmark to represent its defense and foreign affairs. However, with the outbreak of World War II, Denmark became occupied by Nazi Germany on April 9th, 1940. On 17 June 1941, the Icelandic Althing decided to take control of their own foreign affairs and elected Sveinn Björnsson a governor who later became their first President. In 1944 Iceland held a referendum for Independence and the country voted overwhelmingly to become an independent republic.

How Gray Line Iceland can help you experience Iceland’s most historic sites for yourself.

When I go on holiday, I love standing in locations where important historical episodes occurred, imagining what it was like for the people who lived back then.  At Gray Line Iceland, we run several tours of Iceland to help you see the best our country has to offer. If you are looking to find out more about our history, then I recommend our Gray Line Iceland Golden Circle Classic Tour. You can check out a full itinerary on our website at grayline.is and you can see for yourself what our previous guests had to say about it. Like Douglas from Toronto, Canada who took the Golden Circle Classic Tour, one of our tours of Iceland, in summer 2016 and left a review on our TripAdvisor page: “My wife and I wanted an overview introduction to Iceland. This was perfect for us. We started in downtown Reykjavik but soon ventured out into the countryside where we encountered volcanoes, extraordinary landscapes, gorgeous waterfalls, erupting geysers, archaeological sites and more. We had the most fabulous guide…extremely knowledgeable about the history and very good at connecting with people. We felt we gained great insights into the history of the social, geological and natural dimensions of the area.”

It’s a great way to re-live some of our Iceland histories. I really look forward to hopefully meeting you soon and helping you experience more fascinating Icelandic history – right here where it happened.