The time, when everybody puts decorating lights into their windows and Christmas light strings outside of their houses, is here. The brightness of lights everywhere is the first hint of Christmas in Iceland. Every country has its history and traditions. But have you ever wondered how it is in Iceland? Why has Iceland 13 Santa Clauses? Why people eat that strongly scented smoked lamb meat called hangikjöt on December 25th or why you always have to get something new to wear for Christmas? 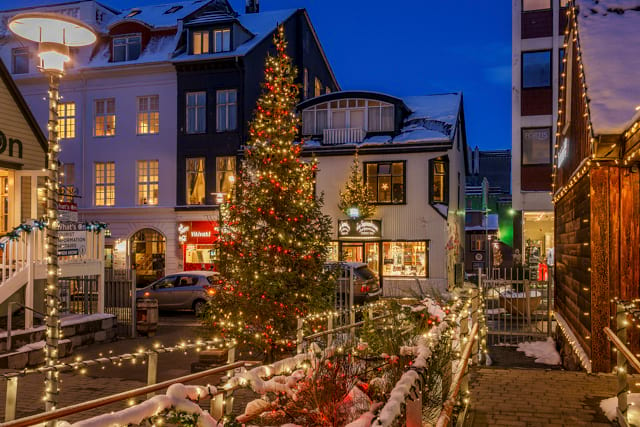 Jól, you are our favourite.

One might think that all Christmases and traditions are like those from other Western countries. Well, no, it is not like that. Before Icelanders even started to call Christmas Christmas (Jól in Icelandic) and adopted Christianity, only one important day was celebrated - the winter solstice, after which daylight would become longer. During wintertime, days are dark, cold and harsh with only down to 3-4 hours of daylight. Furthermore, most countries have one Santa Claus, but Icelanders have about 12 extra, known as 13 trolls - Yule lads or Jólasveinar. They first came to Iceland in the 17th century. Evil, mean trolls who like to steal and play tricks on people. 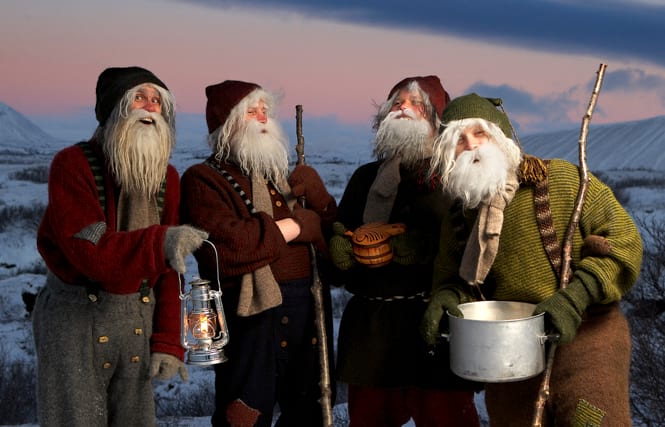 Today, we don't know them as some monsters from the mountains anymore, but as friendly lads that bring small gifts to good children. Although people still talk about Yule lads with bad manners and use them to help to get children to behave, they now have more fun and funny side to them. They also got a more human look to themselves then troll-look wear wool knitted sweaters and sheep fur over their shoulders. Before Christmas, they are said to come down from the mountains, and kids put their best shoe into the window every evening starting on December 12th. For each night a Jólasveinn comes to town one by one until December 24th bringing small surprises. If the children were good, they would get some treats, small gifts or fruits in their shoe, if not, the Yule lads punish them by putting raw potatoes instead. 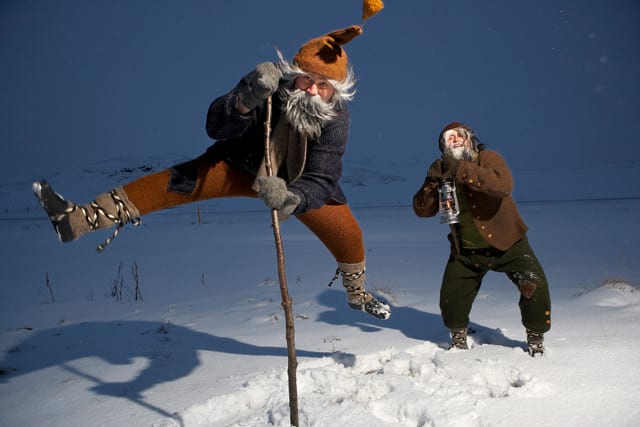 Each Jólasveinn has a unique interest. First comes Stekkjarstaur, known as a harasser of sheep and tries to drink milk from them, the second night it is Giljagaur - the milk stealer from the cowshed. On December 14th, comes Stúfur and he is super short! When Þvörusleikir comes on December 15th, people should hide all their wooden spoons after preparing food because he loves to lick the leftovers, while his brother Pottasleikir steals leftovers from pots. Another stealer is Askasleikir who hides under the bed hoping somebody will put an unfinished bowl on the floor. If the door slams on December 18th, it is probably because of Hurðaskellir, he loves to scare people with the noise of slamming doors. 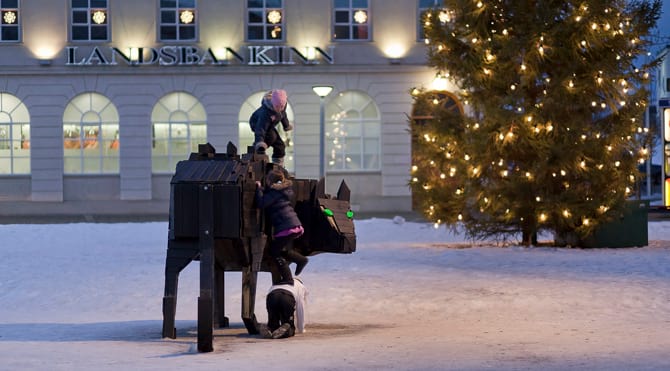 Addicted to Icelandic yoghurt Skyr is Skyrgámur, so people need to stay aware of what they have in the fridge. Bjúgnakrækir who comes on December 20th is a sausage lover, and his brother Gluggagægir is a window stalker meaning to check what he could steal. Gáttaþefur smells everything thanks to his enormous nose, but his most favourite is laufabrauð (leaf bread)! Meat stealer Ketkrókur comes just one day before Christmas Eve and last of the Yule lads is Kertasníkir coming on December 24th. In the past, he followed children around to steal their candles. 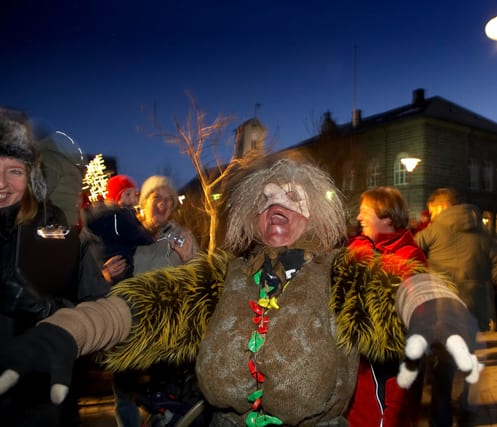 We can't forget to mention their monther Grýla, her second husband Leppalúði and Grýla's cat Jólakötturinn – the Christmas cat. Grýla is a super tall and scary troll woman whose role is to help parents intimidate their bad behaving kids by telling them that Grýla will come, abduct them and eat them no matter what if they are not going to be good. Her husband Leppalúði is a little bit younger than she is, but he is that lazy sheep in the family and most of the time only stays at home.

Everyone has to get a piece of new clothing, otherwise, the Christmas cat Jólakötturinn will come and eat these unlucky people. In the past, new clothes were given to children if they behaved well and were diligent in helping with household chores such as preparing the sheep wool for clothes making. If they were lazy, they did not get new clothes, and therefore threats were made about the Christmas cat.

When it comes to traditions, Advent is the time when it all begins. As in every country celebrating Christmas, Advent starts on the fourth Sunday before Christmas. From the beginning of December, Icelanders set up Christmas lights into their windows and decorate with lights strings outside on their houses with Christmas lights. Christmas trees are set up in towns and decorated. One of the main reasons is, of course, Christmas, but since Icelanders don't get so much daylight during this time of year, lights are making everything look just much brighter. 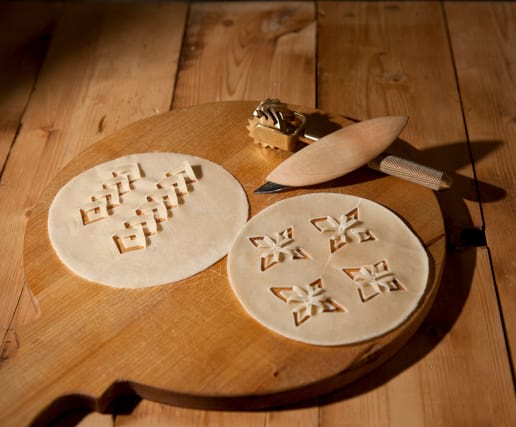 When the lights have been put up, most families have another Christmas tradition. They meet and make "Laufabrauð" (leaf bread) together, which you can't celebrate Christmas without, in Iceland. Laufabrauð might look to you like a big fragile flat snowflake with different patterns. It is fried in oil and eaten with butter as a side dish with the Hangikjöt, ham or other Christmas meals. If you want to try Laufabrauð, you will easily find it in every store in Iceland during Christmas time.

When it comes to something sweet, cookies or "jólasmákökur" are a must and most popular are the gingerbread cookies. Icelanders don't drink much alcohol during the Christmas holidays, but what they do drink much of "Christmas Ale" – a mix of Malt and the popular Icelandic drink Appelsín (something like orange Fanta but much tastier). 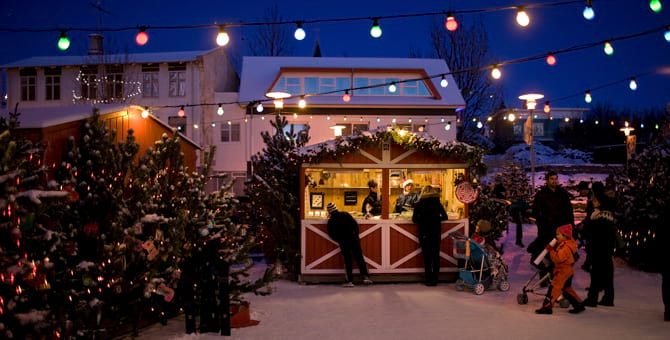 Let's sing some Christmas songs, if not watching Christmas movies.

What would Christmas be without songs and movies? No Christmas. And so listen, play, sing, watch and chill, basically get enough of them to last your next 11 months. In the radio, at home, in restaurants and coffee shops, Christmas songs will be ringing in your ears from every side. Just a few of the top Icelandic Christmas songs are:

Sniglabandið - Jólahjól (Christmas bicycle), Egill Ólafsson - Hátíð í bæ (Festival in the city), Sigga Beinteins - Nei, Nei, ekki um jólin (No, no, not at the Christmas) and many more. We recommend to give them a try and listen to a little bit of Icelandic :-) 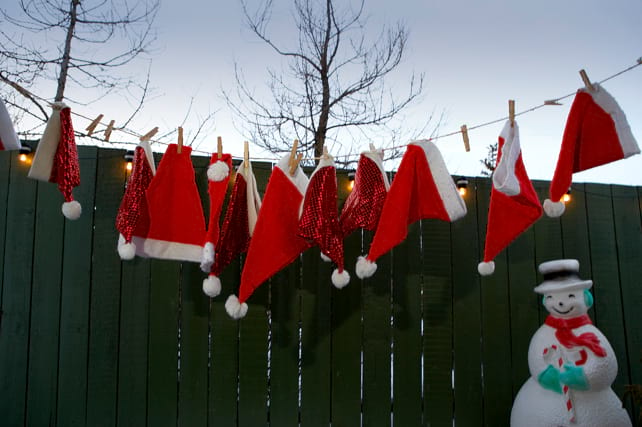 When it comes to the movies, there are some classics Icelanders watch every year like How the Grinch Stole Christmas, Home Alone, Love Actually or Elf. Not many Christmas movies are from the homeland, although Icelanders have a pretty good collection of movies to watch.

Jóladagar - days around Christmas when everything becomes calm and quiet.

Preparing food, building and decorating the Christmas tree and maybe still a little bit of stressing out because of the last presents to buy. What's going on from December 23rd until January 6th?

Þorlákur Þórhallsson was and is Iceland's major Saint, and he died on this day. In respect to him, people shouldn't be eating heavy and big meals the day before Christmas Eve, so they mostly eat skata - fermented fish smelling like, hmm, not very good to be honest. Some people love it, some hate it, and there is nothing in between. After eating skata we sure you will enjoy your next meals much more! 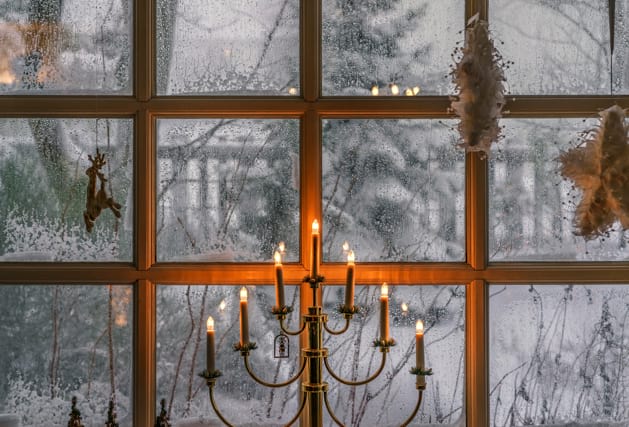 On December 24th, some stores might still be open in the morning, but in the afternoon almost everything closes down and everybody head home to their families to prepare the big evening. Some families eat very delicious rice porridge dessert with whipped cream, similar to Riz à l'amande while playing the game. Rules are simple. One whole almond is put in bowl and excitement revolves around who is going to find the almond. The lucky one gets the gift which has been bought. 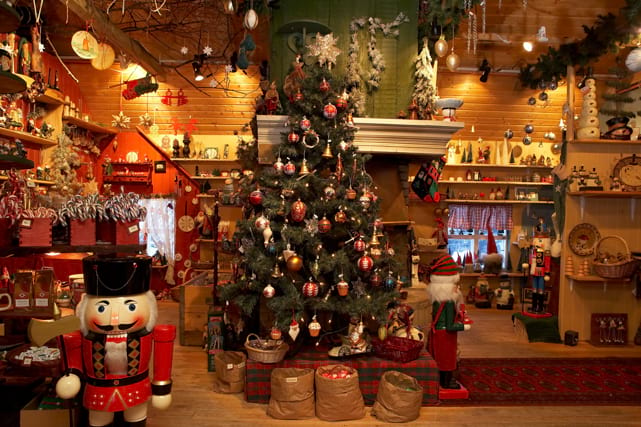 Usually, Icelanders sit down for evening supper at 18:00 (6 pm). It is the time when Christmas Eve officially begins and celebrating it by eating is the best way to do it, followed by unpacking all presents. If there are kids, sometimes dinner starts with dancing around the Christmas tree and singing some Christmas songs. The typical dish might be lamb, ptarmigan (bird), beef, glazed ham as well as turkey, served with boiled and sugar-coated potatoes, warm green peas, pickled red cabbage from the can (yes, you read right).

You can be sure that almost every Icelander gets a piece of new clothes and a book as a present. It is a fact that Iceland is a country with the most sold books per person. After dinner and unpacking, some Icelanders go to the cemetery to light a candle for loved ones. Some visit their closest family members, sit down with them, eat dessert like homemade ice cream (ou yes, cannot be missed), cookies, chocolate candy. Some stay at home and read through all the Christmas cards they received, read their new book or play cards.

The December 25th is the day when Icelanders have a relaxed morning, eat leftovers, drink a coffee while the kids are watching cartoons or play with their new toys. This day is for meeting with family again and enjoy time together. Dinner dish is mostly "hangikjöt" (smoked lamb), boiled potatoes and the sauce called Uppstúf, based on boiled potatoes, butter, flour, sugar and milk. Icelanders eat Laufabrauð with a lot of butter, and then it is just about watching all typical Christmas movies. All stores and other public places are closed. 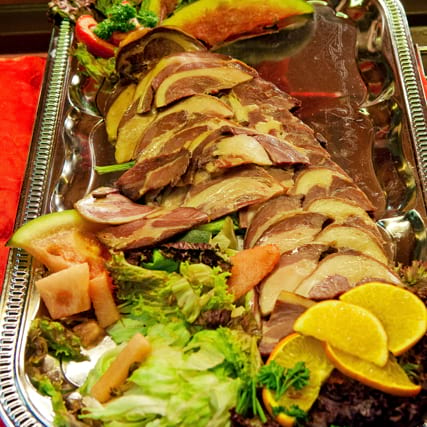 A day for rest and chill with friends and family, although if you feel like it, you can go out to party, go to the cinema or do other activities. December 24th and 25th are just considered as inappropriate days for the public to be partying and drinking.

After three days of eating and celebrating it is time to go back to work but soon, one of the most important nights of the year is coming - Gamlárskvöld / Nýársdagur - New Year's Eve / New Year's Day! Icelanders go to "brennur" which we can translate as celebrating groups of people holding sparkles, smiling, watching big bonfires. At midnight, the sky is full of fireworks, while everybody enjoys stepping into New Year. 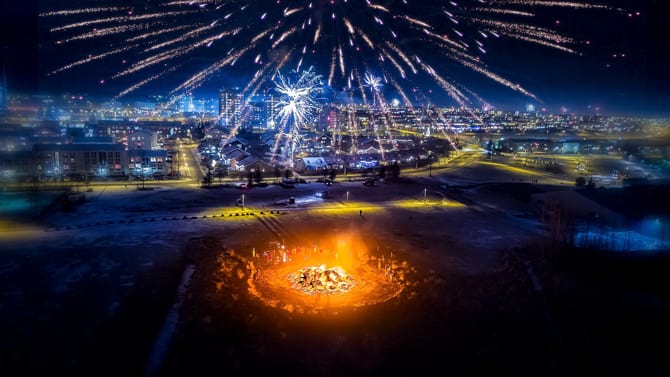 The January 6th is the last day of the Christmas holidays. It is the thirteenth night since Christmas Eve, and many magical traditions will happen. Legends say that cows start to talk, seals change their appearance into a human form and elves move their homes. Icelanders need to be sure that their houses are clean, the Christmas decorations are taken down, and the tree is no longer in the living room. There are also bonfires on this night as well to say farewell to this holidays season. 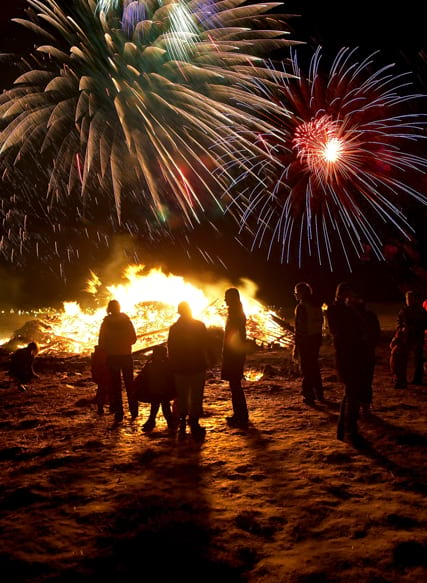 Exciting enough to get to know Christmas in Iceland, isn't it? If you are going to stay here over the holidays, enjoy them as much as you can, and we hope that this article helped you a little bit to orientate and educate. But for now,

When the whole world has been turned upside down by a pandemic, the way we travel has changed as well. Here is some information on what you can do in Iceland.