“Ég tala ekki íslensku”, translated to English “I don´t speak Icelandic”, are probably the first words you might learn when coming to Iceland. Today, the 16th of November is a day when we are celebrating a day of the Icelandic language. But where did the roots of this hard, yet beautiful language begin? Read more about the history of the Icelandic language and enjoy the interview with writer and illustrator Eunsan Huh, author of the “Iceland in Icons” which helped people learn about Iceland, and to remember its language in a super fun way.

Icelandic is a North German language spoken only in Iceland. We have to move to the 9th century when the western dialect of Old Norse was brought to Iceland by Norwegians. Did you know that Norwegian and Icelandic were not different languages until the 14th century? The reason why these languages are still not the same today is that Icelandic was cherished with its literature about Icelandic stories from the past. When the Norwegian language started to shape another way, Icelandic resisted any changes. And so, Icelandic is a language spoken by Vikings hundred years ago, and yet spoken by people today. 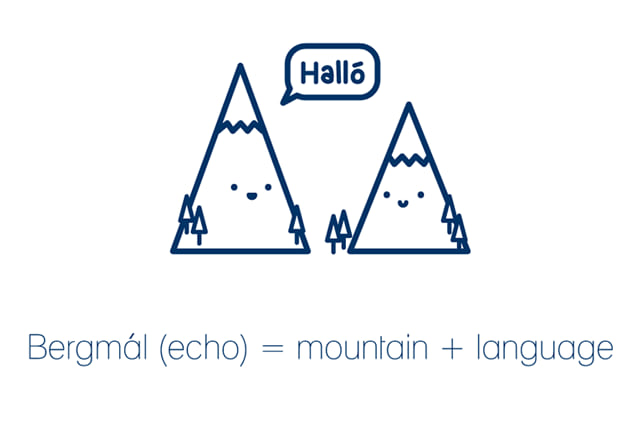 Only around 340 000 people are speaking the Icelandic language in the world today. And even it might seem that the language will disappear, we can´t forget that it survived the centuries under many severe conditions. Icelandic also has a fascinating alphabet. You won´t find letters such as C, W, Q, and Z, but it includes Ð, Æ, Þ, and Ö, letters not common in most languages.

One amazing thing about Icelandic is how some of the words were created while making perfect sense. For example “ástfanginn” (in love) are two words together - love & captured, “mörgæs” (penguin) means - mör (fat) + gæs (goose), or ”geimfari” (astronaut) = geim (space) + fari (traveler). Everything makes perfect sense and yet sounds just fabulous.

We are sure that you can read it as easy as it looks. If you are coming to Iceland for a visit or you have moved here from another country, Icelandic language and its grammar might be pretty hard to learn. Yes, nobody said it is smooth. But then one day in 2011, by many countries raised and currently in New York City-based writer and illustrator Eunsan Huh came to visit Iceland. She fell in love with glaciers and volcanos covered country and after a few years published a book - pictographic travel guide for everyone coming to Iceland. And because the book is pure fun and education as well, we asked Eunsan a few questions about the book itself, but also about how learning the Icelandic language makes her feel. 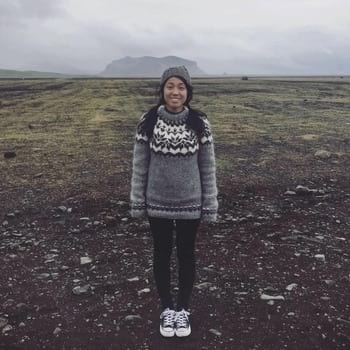 S: Hello Eunsan, I met you for the first time at TEDx Reykjavík this year and got very impressed by your story and work you do. Can you introduce yourself to us a little bit and tell us your Icelandic story?

E: Hello, everyone, my introduction is pretty much the same as I said at TEDx. I started to go to Iceland in 2011 and during speaking at TEDx Reykjavík, it was my 10th trip, so it was an enjoyable way how to celebrate several times I´ve been there. I started to learn Icelandic a couple of years ago, and my illustration project started as a way for me how to pick up the words in a different way, rather than just memorization. But, of course, it inspired out into this beautiful cultural inquisition, finding out more about the history of the words. It got me to read more about Icelandic folk stories and history, learning about different places, and it has been a very educational journey beyond the language for me as well. And I mean, the great thing about the internet is that I met great friends there, in Iceland and also in New York, so, it has been a significant project for me, from the book creative sphere but also, it just expanded my world view a lot about Iceland. 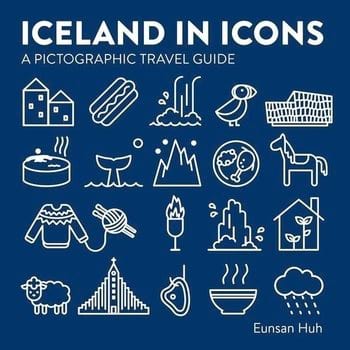 S: Where did the idea to create “Iceland in Icons” come from?

E: I think the icons are interesting because they are universal and it doesn´t matter where you go. I liked this idea where I am learning a new language, I don´t know these words, but pairing them with images that are instantly recognizable regardless of what language you speak. And I know it is a complicated thing that I am trying to learn, but I want to make it a bit simpler. What I also noticed was that there are a lot of smaller words you can use in a lot of different ways and they would just come up in time again and again. So I was like, hey, I know this word is probably going to pop-up, and I already had an image for it, and to recognize that there is this repetition of words in compound words. I think icons seem very suitable for expressing the language in that way. The book was made for people coming to visit Iceland, and as you know, in the book there are no photographs of the country, just because even seeing a beautiful picture of nature is cool but still different when you see it by yourself. Nature in Iceland is so beautiful that icons make much more sense for me, and I have never seen a book done with icons as well, and it was an exciting challenge for me. 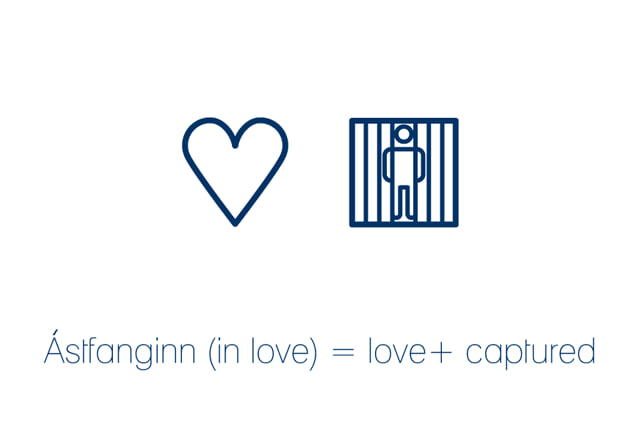 S: I call “Iceland in Icons” a unique travel guide because it is a great book to have when people are visiting Iceland, and it is such a sweet memory to have. But as you said, you travelled to Iceland 10 times. What was the reason you came back again and again?

E: Well, in the beginning, I never intended to come back so many times. I would have these limited days to travel because I am working. The first time I went, it was only for five days, and after that, I realized there is still so much of the country I hadn´t seen. So the following year I decided that I am going to finish all the things I wanted to do the previous year but didn´t have time for it. And then, the second trip was over, and it felt the same way. I´ve been in Iceland only during the winter and summertime is so different, there are parts of the country that you can only go during the summer. That is where it started, and every trip, I tried to do something a bit different. I always found interesting trips to do, and it just always brought me back again. Now I am just thinking about what am I going to do during my 11th trip, still didn´t decide yet. 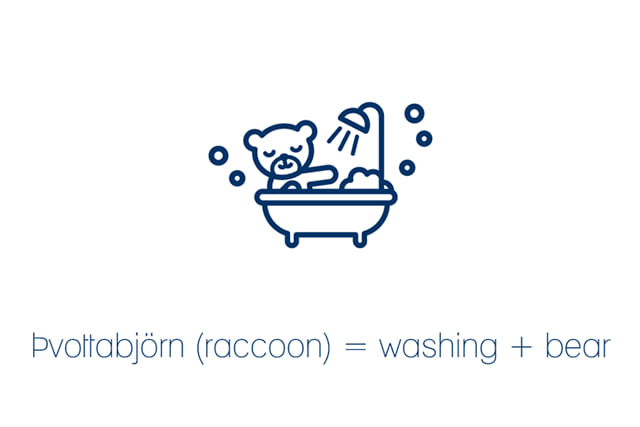 S: This is an excellent example of why people should come to Iceland not only one time haha. How is your Icelandic after studying it for some time?

E: Learning any new language is tricky, and there is like nobody speaking Icelandic in New York. But when I started to learn, there was an Icelandic teacher here, from New Jersey and I was just very lucky to meet her at the right time. Then I had some online teachers, but yes, it has been definitely tricky. The fun fact is that I decided to learn Dutch last year, and because Dutch is a lot easier and closer to English than Icelandic, I was able to pick up Dutch so much faster. It is a bit depressing knowing that I probably spent 2-3 times more time to learn Icelandic as Dutch. But language is a hard thing if you don´t use it every day. It is so easy to forget stuff. That is another reason I like pictures so much because it is easier for me to remember the mental image of something. 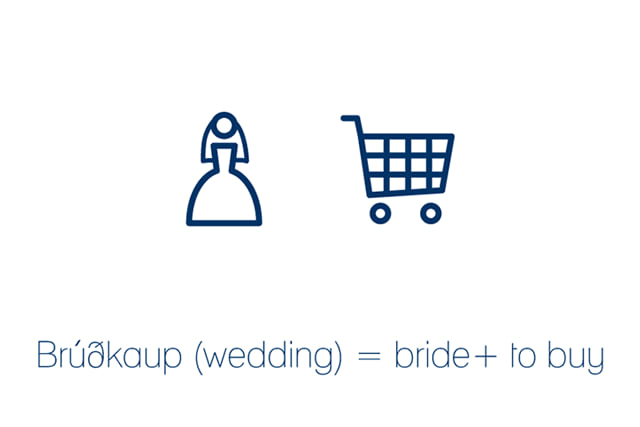 S: Is there any special place for you in Iceland?

E: I really liked the West fjörds, I went there twice before, but never went upper by Ísafjörður, I only have been to the bottom part where Dynjandi is. Especially coming from New York, it´s nice to go somewhere where you don´t run into a bunch of people all the time. Or hot tub we went with my boyfriend. We were the only ones there, being surrounded by nature and maybe two cars past by us. It is not a feeling I get very often while living in New York. Iceland is straightforward to let me feel like I am a part of this beautiful, majestic nature. The other place I liked was my experience at the sheep farm during lambing season last May. I never experienced anything like it. I´ve been visiting farms for half-day, but at that time, I lived with the family at farm for a week. They showed me everything that needs to be known about how to take care of sheep that are about to give birth, spend time at this farmhouse and learned a lot about the sheep. It is different how I live my life here in New York, and if I wouldn´t have done that I wouldn´t have any of this knowledge. 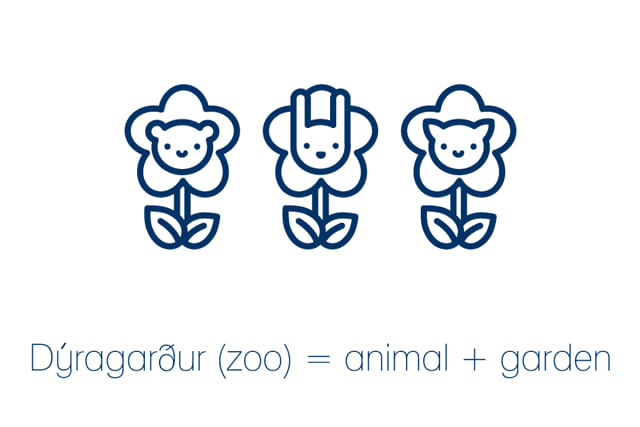 S: Do you have any Icelandic words you like and words you don´t?

E: I don´t know if there are specific words I don´t like. I think there are certain words where I am not used to making some of that sounds, and it sounds very awkward to my ears, but I think that is just my personal thing. So far, I don´t have any words that I don´t like. But then I have my two favourite words. First is “hugmynd” (idea), which comes from two words, hug - mind, and mynd - picture, words you see in a lot of different places too. I like the idea of an image in your head, and that´s also how I see ideas being defined. Like, oh I have something in my head, and now I am going to communicate that to you, I am going to draw it for you. And even more, the second word I really like is “hugmyndaflug” (imagination), so you have hugmynd and you put “flug” (fly) at the end. It is just a wonderful idea of having a picture in my mind, and it´s going to take a flight and go into another space. That´s what imagination is, and that was just very poetic. Even I don´t know where English words idea and imagination comes from, but it was very nice when I was learning them in Icelandic, that was like yeah, that makes sense to me.

Thank you very much for making the interview Eunsan, and I hope you will enjoy your next trip to Iceland as much as possible!

If you would like to buy “Iceland in Icons”, you can buy it online here or at a book store called Penninn Eydmundsson while you are in Iceland. Happy day of the Icelandic language folks “og góða skemmtun á Íslandi” (and have fun in Iceland)!