It’s our social and cultural center but it’s also a stunning visual landmark on the cityscape. Here are some facts you might not otherwise know about this building. We are quite proud of it!

Before the concert hall was completed there was a competition to find a name for the new structure. Over 1,200 residents entered over 4,000 names. The winning name, Harpa, is an Old Icelandic word that refers to a time of year, and it is also a month in the old Nordic calendar, and the first day of the month of ‘Harpa’ as it was known was the first day of summer. 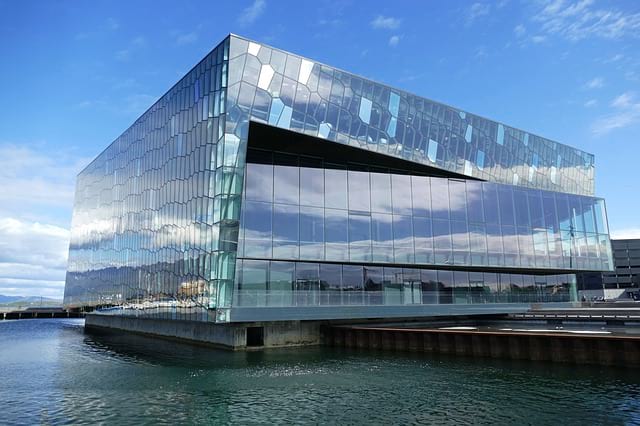 The stunning façade of the Harpa Concert Hall Iceland

2. It opened in 2011, but since then has hosted a multitude of artists and events.

3. It is home to the Icelandic Symphony Orchestra.

It is also home to the Icelandic Opera and the Reykjavik Big Band. 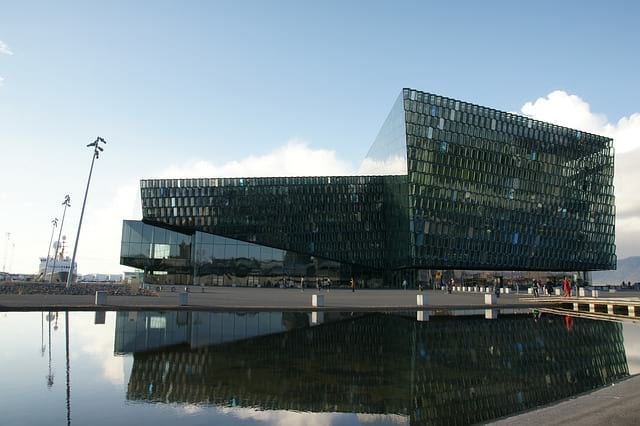 Harpa Concert Hall is impressive from every angle

4. Its design was influenced by Icelandic nature and the environment.

The Northern Lights and the unique scenery in Iceland influence the building’s appearance. Glass hexagons and the light they reflect and absorb dominate the design inside and out. So, summer or winter, day or night – the effect of light on the building is absolutely stunning. As you would expect, it is energy efficient – using the natural light and heats it captures as much as possible.

5. It offers stunning views of the mountains and the Atlantic Ocean.

Situated between Reykjavik city center and the Atlantic Ocean, the views are stunning in either direction. The views of the mountains and the ocean are uninterrupted.

6. The concert hall is a testament to the importance of culture here in Iceland.

It has been remarked that we are a relatively small nation of fewer than 350,000 people, yet we own such an impressive concert hall. It underlines the fact that culture has been and continues to be so fundamental to our way of life here. 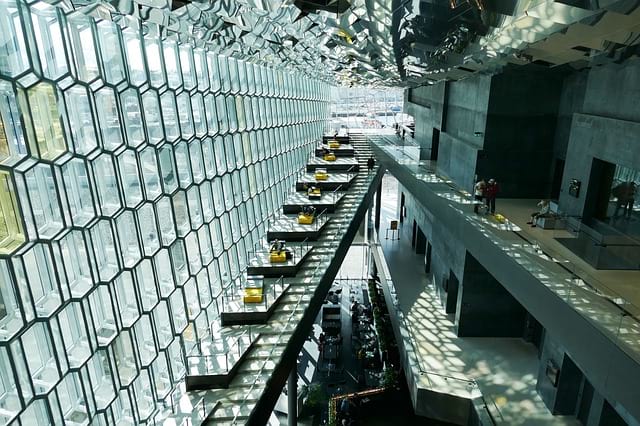 The glass hexagons that dominate Harpa inside and out

7. It also represents our country’s recovery and tenacity.

The Harpa project was part of a regeneration of the city’s harbor area. However, when the financial crash of 2008 took hold, understandably the project ground to a halt. The Icelandic Government and the City took over – they could see how valuable the structure would be. It is a sign of our country recovering and finding our place in the world again.

How we can help you see Reykjavik.

The music and cultural scene in Reykjavik are very impressive. Come and find out for yourself! And, whilst you are here, we will help you tour the rest of our capital city – and country!

Gray Line Iceland  - the sightseeing expert in Iceland – is at your service. We run tours of Iceland to all of the main sights, and more! You can visit our website at grayline.isfor full details on these, as well as airport transfers to and from your hotel.