Folklore and mythology has always been a large part of the Icelandic culture. Living in such an isolated country, in extreme conditions and with natural forces we don‘t even fully understand today, folklore was our way to explain and accept things.

Trolls were creatures that were greatly feared for centuries; gigantic monstrous creatures that could only travel during sundown, since sunlight turns them into solid rock. Therefore, isolated rock formations who seem to be out of place, were often said to be petrified trolls. Here is a list of some of Iceland‘s most well known rocks who are claimed to have been trolls a long time ago, and the story of their troll lives: 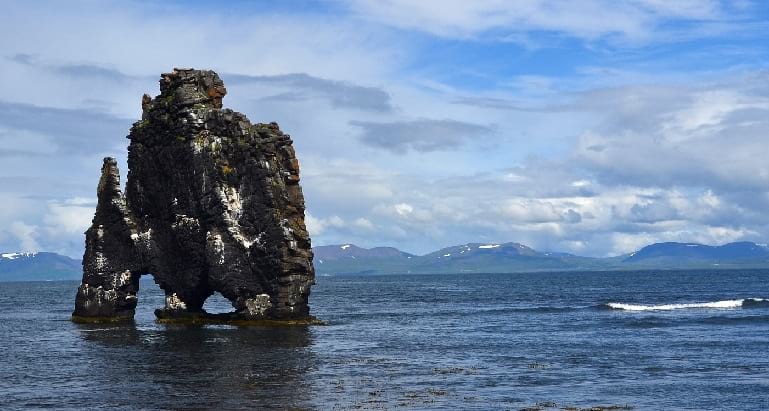 This one is pretty spectacular, standing on it‘s own just off the coast of Vatnsnes Peninsula in North-Iceland.  It is oddly flat, approximately 15 meters tall, and coloured white from bird-droppings. The name Hvítserkur literally translates to White-Shirt, but most people today think that it looks like a dragon, dinosaur or a rhinoceros.

The folk tale: Hvítserkur was a troll who lived in Strandir, on the west coast of Húnaflói Bay. He had lived there since before humans came to Iceland but was getting increasingly annoyed by their presence. Most of all, he despised the sound from the church bells that he could hear across the bay from the monastery in Þingeyrar on the south east coast of Húnaflói. One night he‘d had enough, and decided to hurry across the bay towards the monastery where he was going to break the bells into pieces. But unfortunately the trip was slow-going and he ran out of time. As the sun came up he was turned into stone, and he has been stuck there ever since, spending his eternity with birds and seals. 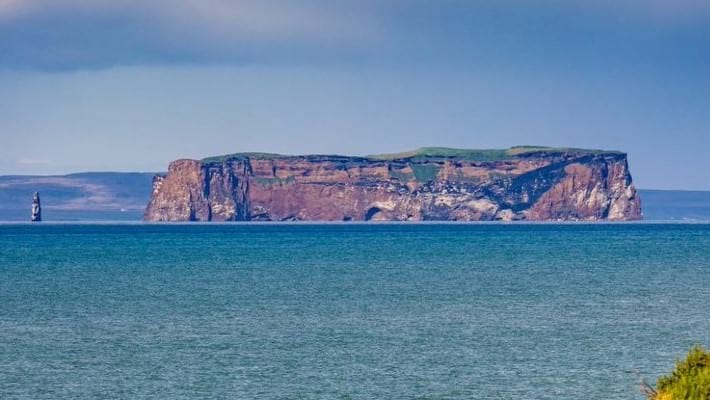 Drangey is actually an island in Skagafjörður, grassy on top with very steep sides. It‘s approximately 180 meters high, and has very rich birdlife, with puffins, guillemots and gulls nesting there.

The folk tale: A troll couple who lived together in the southernmost part of the fjord had one cow. When the cow was in heat, they decided to lead her across the fjord, presumably in the hopes of finding a bull. But they were a bit too late, and hadn‘t made it all the way once dawn broke, and the male troll (Karl) and the female troll (Kerling) were turned into stone along with the cow. Drangey is the cow, and Karl and Kerling were the stone pillars on either side of it. Unfortunately Karl collapsed in an earthquake in 1755, but the widowed Kerling still stands. 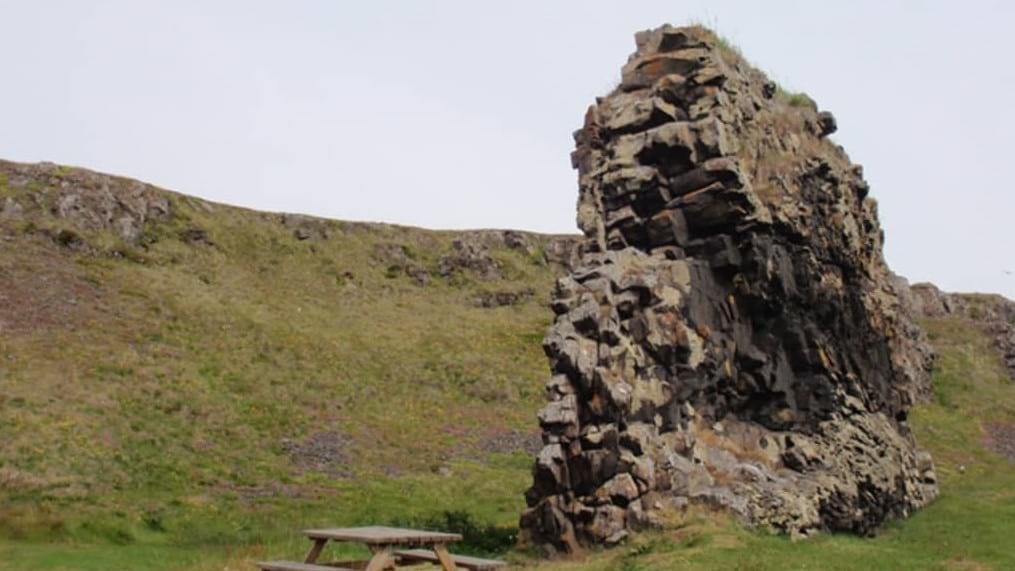 This Kerling is in the village of Drangsnes in Strandir, the Westfjords. Like Karl, Kerling is a common name for rock formations, meaning „female“. The troll‘s actual names were often not known to humans, so they are often referred to by their genders only.

The folk tale: A troll decided to turn the Westfjords peninsula into an island, and started digging a channel across the isthmus. Since trolls are very poor at time-keeping, she hadn‘t made much progress when the sun was coming up, and was turned into stone. The island of Grímsey in Steingrímsfjörður is formed from the cast-off of her shovel. Other trolls were digging from the western side, making much better progress, and the many islands of Breiðafjörður were created from their shoveling. 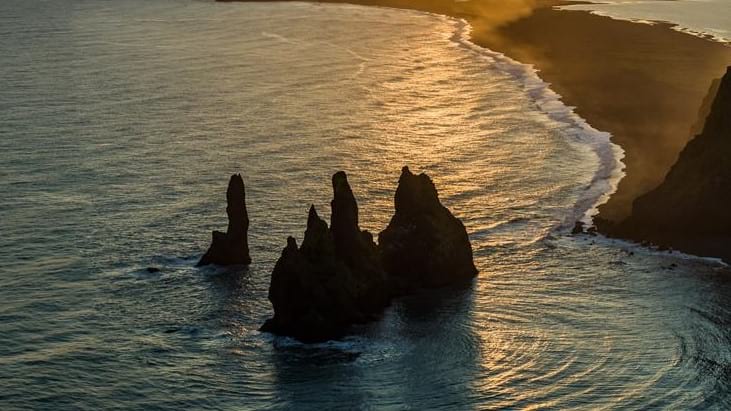 Reynisdrangar are a group of rock pillars just off the coast near Vik. They are easily seen both from the village of Vik and from the black sand beach in Reynisfjara, and are up to 66 meters tall.

The folk tale: A three-masted schooner had been damaged by bad weather and the sailers had brought it to shore near Vik. A troll came by and asked for passage on the ship, but was rejected as it sailed away. The troll then had their friend join them to steal the ship, they waded into the sea and were in the middle of dragging it back to shore when daylight hit them and turned them (and the ship) instantly into stone.